Prakriti: A Step Ahead to Know Yourself

Who am I? What is my Body Trait? What kind of disease am i prone to??What kind of dietary changes should i make when am suffering from any diseased condition???What should i eat in order to lead a healthy life and have balance with nature????

Answer to all these question gets decided when you’re born,i.e. from the time of fertilization itself your Prakriti(Body Constitution) is decided based on the doshas located in Sukra(Sperm) and Artava(Ovum) which in nutshell carry all the genes of your ancestors, whereas in Modern Science it is evaluated by Genetic Study(a branch of study and alignment of chromosomes, genes, or proteins inherited from forefathers and ancestors).

Ayurveda in this context  quotes as:

Like as the poison is natural and inherent to poisonous insects, similarly, the Prakriti (body type) is inherent to humans. The body type is decided during conception, based on qualities of Shukra(sperm)and Artava(ovum) and thus, when the child is born he/she has different characteristics which includes appearance, development, and behavior of the organisms based on it.

Types of Prakriti classified by Acharaya’s: 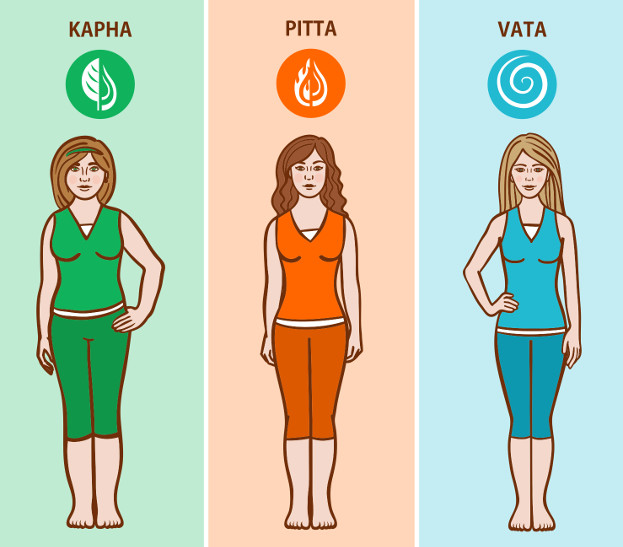